« If Your Will Directs that Your Estate Be Divided Equally Between Children, and One of Them Dies Before You Do, How Will Your Assets be Divided After You Die? | Main | How Do I Handle an Inherited IRA? »

Can the State Force Adult Children to Pay the Cost of Long-Term Care for Parents in South Dakota? 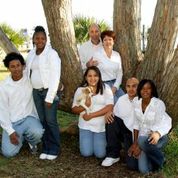 “An obscure South Dakota law can force adult children to pay the cost of long-term care for their parents, if the elder family members cannot pay on their own.”

This law has been on the books in South Dakota since 1939, but it’s rarely used.

However, with the cost of long-term care increasing and nursing facilities facing financial challenges, the law may be used more often when nursing home bills go unpaid, says KSFY.com in the recent article “Little-known law forces adult children to pay for nursing home care for parents.”

South Dakota is one of 29 states that have the adult child payment requirement, commonly known as a “filial law” that speaks to the responsibility of one person or a group of people to pay for the housing, feeding and care of family members. It’s usually parents.

This filial law in the Mount Rushmore State permits nursing homes to sue the children of patients who don’t pay and makes no reference to whether the families have close relationships, or whether the adult child received any financial assets of the parent.

Advocates of the laws contend that, in certain situations, they give nursing homes a remedy to collect outstanding bills rather than writing off those debts as a loss. These losses can lessen a facility’s ability to provide quality care to all patients. The laws are most commonly enforced when an adult child was given money or assets or misappropriated money from a parent, prior to admission into a nursing home.

Some believe these filial laws uphold a general sentiment in law that there’s a moral responsibility of those who can afford to pay for a family member’s care to do so.

Nursing homes don’t want to be providing long-term care for people who have the ability to self-pay, especially if there’s been inappropriate behavior by an adult child.

However, opponents of filial laws, including individuals who’ve attempted in other states to repeal the laws, say the statutes are overly broad. They can place an unfair burden on adult children, who are trying to rear their own families or who may have already endured the financial burden of caring for aging or ill parents.