« How Can I Leverage Life Insurance in Estate Planning? | Main | Which Stars are Leaving Their Kids No Inheritance? » 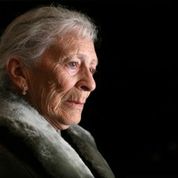 “CUNA strongly supports efforts to help protect seniors from financial exploitation and to empower seniors to make responsible financial decisions, it wrote to the Senate Special Committee on Aging.”

CUNA delivered a letter for the record of the committee’s hearing on combating elder fraud.

“Many credit unions provide a full range of financial services such as financial management, retirement planning, and credit counseling to their members,” wrote CUNA President/CEO Jim Nussle. “The cooperative relationship between a credit union and its members often puts credit union employees in a vital position to detect suspicious financial activity related to seniors’ accounts, because employees tend to know their members well and are likely to recognize when something is amiss.”

CUNA also noted in the article “CUNA: CUs positioned to combat elder financial abuse” that it thanked committee leadership, Senators Susan Collins (R-Maine) and Bob Casey (D-Pa.), for their leadership in sponsoring the Senior$afe Act in that last Congress.

The bill protects the reporting of suspected elder financial abuse. It was signed into law as part of the Economic Growth, Regulatory Reform and Consumer Protection Act (S. 2155).

“This safe harbor, which applies only when reporting suspicions of exploitation to a class of covered agencies, such as financial regulators or law enforcement, is a vital component of the legislation and will give greater leeway to those individuals who have the most power to detect and prevent the financial abuse of those most vulnerable to it.”

Senator Collins, who sponsored the Senior$afe Act in several Congresses, has partnered with the Maine Credit Union League on several occasions on the topic of senior abuse.