« Does TV Mogul Sumner Redstone Have the Mental Capacity to Change his Estate Plan? | Main 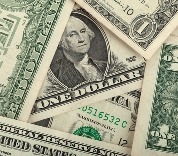 “Trouble is brewing around the estate of Aretha Franklin, where police are investigating possible theft of her assets and an ex-husband is angling for money.”

Aretha Franklin, known as “The Queen of Soul,” died of pancreatic cancer in August of 2018 in her Detroit riverfront apartment at age 76.

Franklin did not have a will or trust. Therefore, processing the estate, which could be worth tens of millions of dollars, has been slow.

The Detroit Free Press reported in a recent article, “Aretha Franklin's ex-husband wants a cut of her music royalties,” that recently filed pleadings in Oakland County Probate Court detail some of the fighting.

"There is a dispute between the estate and Ms. Franklin's ex-husband, the father to one of the heirs, regarding music royalties," David Bennett, a lawyer for the estate, wrote in a pleading.

Aretha Franklin was twice divorced, and the record doesn't name the man, beyond saying that he's the father of one of her four sons. It looks like it’s her first husband, Ted White, who served for a time as Franklin's manager. Franklin and White have a son, Ted White Jr. Her second marriage to actor Glynn Turman didn't occur until 1978—eight years after her youngest son was born.

The recent court pleading was filed in response to a request from Edward Franklin, Aretha’s son, for more financial disclosure from the estate, as it's being processed. Prior to Christmas, a lawyer for Edward Franklin requested that Probate Judge Jennifer Callaghan order the disclosure of monthly financial statements and other records.

Edward wants "copies of all invoices and supporting documents regarding payments to friends and relatives of the personal representative, if any, for services performed for the estate."

The lawyer for the estate, Bennett, asked Judge Callaghan to deny the request for monthly financial updates, because it "would be an exceptional expense to the estate, is time-consuming and would interfere with the administration of the estate."