The Tax Bill is Signed, So What Happens for Me?

President Donald Trump signed into law the sprawling tax bill that was hastily built out by Republican leaders over the past month. In doing so, he formalized a huge range of changes to how Americans — and American businesses — will pay their taxes. 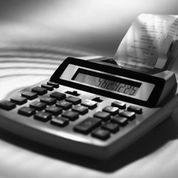 In light of the fact that our tax laws weren’t exactly user-friendly even before the Republican reforms, The Chicago Tribune explains how the new law will affect Americans over the course of the year and beyond in its article, "What happens next with the Republican tax plan, month by month."

There are a couple of things to keep in mind. One is that the details won’t be ironed out until the IRS releases new regulations based on the changes that Congress made. These are expected to come out throughout the coming year. Second, as with any tax discussion, you should speak with your tax advisor about your particular situation.

Let’s look at what happens when, as we know it now:

Speak with tax advisers early in the year to plan for how the new law will impact you. One change starting in January is an expansion of the 529 College Savings Plans. These used to be reserved for saving money for college, but the new law expands their use to also include paying for K-12 education.

If you're looking to buy or refinance a house, the mortgage interest deduction will be capped at $750,000 as of the first of the year—not $1 million. If you purchase a new house or refinance, there will be some different considerations.

The estate tax threshold goes up.

Businesses will start seeing lower tax rates as part of the Republican plan “trickle down” theory of economics. Some stockholders will also likely see benefits as companies buy back stock.

February 2018: The IRS will publish new tax rates. The tax code changes will also impact your paycheck, so your W-4s may require tweaking. In January, the amount that's withheld will likely be too high, since most people are getting a tax cut. However, we won't know until February when the IRS releases the new rates about how much you're overpaying. (You'll get those overpayments back after you file in 2019.) Once the IRS publishes the new rates, you'll have fewer dollars taken out of your paycheck in taxes.

April 2018: File your taxes. There aren’t too many changes here, because you're paying on your 2017 earnings.

January 2019: The Obamacare individual mandate ends. The requirement that you either have insurance coverage or pay a fine is eliminated, so you can just not have medical insurance and not have to pay extra on your taxes.

April 2019: File your taxes. You'll get more money back after filing your taxes, because of your overpayment in January and February of 2018.

The alternative minimum tax (AMT) also goes up at this time.

Reference: Chicago Tribune (December 23, 2017) "What happens next with the Republican tax plan, month by month"

Estate Planning After a Divorce

If you're in the process of divorce, money issues are likely to be a key point of discussion. Whether you're the spouse of a billionaire or part of a working-class couple trying to divide up the bills, money is contentious. That's the central point of a new book, The New Love Deal, written by Chicago divorce attorney Gemma Allen, as well as Judge Michele Lowrance, who spent 20 years handling domestic relations cases in divorce court and is now a divorce mediator. 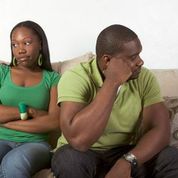 Even after a divorce or separation, one can encounter money problems that stem from your relationship unless your agreement covers these issues, which can run from intertwined debt obligations (like a mortgage or credit card balances) to future support and the division of property. A recent article in the The Huffington Post, titled "Divorce and Money," says that you should always listen to your attorney about the applicable laws in your state. In addition, the article says that you should also look at the following issues.

The division of property in a divorce is typically not taxable to either party. However, if instead of dividing marital property, one spouse agrees to monthly maintenance (alimony), this will be taxed as ordinary income. And it’s deductible to the paying spouse. The original article also notes that the spouse receiving the maintenance checks must make a quarterly estimated federal and state tax payment, so you need to plan accordingly.

There aren’t really any tax issues associated with child support payments, except for deciding who claims the children as dependents on their tax return. However, as you can imagine, these financial decisions for the children carry the potential for problems down the road. Usually the parties agree as to who will fund college costs. Yet when college tuition needs to be paid, that parent just might have a new family and new responsibilities. One option to avoid this headache is to set up a 529 college savings plan now to begin saving for that day.

Many divorce agreements include life insurance to fund future promises of payments. The spouse receiving the death benefit should be the owner and beneficiary of the policy, with the ex-spouse making the premium payments. Without this arrangement, there’s nothing to keep an angry ex from changing the beneficiary on that policy.

Another critical issue after a divorce is estate planning. Once you're divorced you should create a new estate plan right away. This can include a will or revocable living trust, a healthcare power of attorney, and a living will. The court will have the ultimate say over the guardianship of your children; however, in a contested divorce, the court will take your written wishes into account. Consult an experienced estate planning attorney and make sure he or she takes you through a discussion on all of your options.

It isn't easy getting divorced, but when it’s over, you'll need to rebuild. Think about these areas as part of your divorce documentation. To get started, give us a call at (978) 342-1914 or visit us at www.dellamonaca.com.