The Forfeiture of Cherry King's Estate

When property is used in the commission of a crime or when it is purchased with the proceeds of a criminal act, government offices can request that the property be given to them through the process of civil forfeiture. This is true even when the person who owned the property has since passed away. 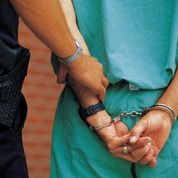 By any reasonable measure, Arthur Mondella was a very successful man. His business, Dell's Maraschino Cherries, generated annual revenue of approximately $20 million. Not surprisingly, this earned Mondella the nickname "Cherry King." That, however, was not enough for Mondella.

While investigators were looking into an unrelated matter at his Brooklyn factory, they noticed a strong smell of marijuana. This led them to discover that some shelving hid an entrance to the basement, where Mondella had set up an illegal marijuana growing operation. Rather than face criminal charges for his activities, Mondella committed suicide. He left his estate, including the cherry business, to his three daughters and sister. Each received a share.

According to DNAInfo, in "DA Eyes $8.5M Estate of Maraschino Mogul Who Killed Himself After Pot Bust," the Brooklyn District Attorney whose office discovered the marijuana is seeking to have some of the estate forfeited to it. It is not currently known how much of the estate the district attorney will seek in a civil forfeiture action.

For now, the lesson to be learned from this case is that if you want your family to inherit your legitimate business, do not complicate your estate by running an illegal enterprise on the side. For all your estate planning needs (legal, of course) give us a call at (978) 342-1914 or visit us at www.dellamonaca.com.