Lawsuit Filed Against Estate of Driver in Vehicle Crash

Eight people have filed a lawsuit claiming they were left permanently disabled last year when the party bus in which they were riding was struck from behind by a Hummer whose driver died in the crash. 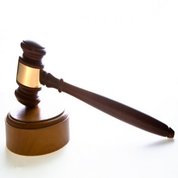 Brian Rolando was killed on May 7, 2016 when his Hummer rear-ended a party bus about 3 a.m. in Paterson, N.J. His estate now faces some legal issues because of the circumstances surrounding his death.

Wealth Advisor notes in its June 26 article, "8 People Hurt In Party Bus Crash Sue Dead Driver's Estate," that Rolando's father, Maurice, is also named as a defendant, because he owned the Hummer. The passengers are all under age 30.

In the complaint, the party bus passengers claim they suffered "serious and permanent injuries" from Rolando's alleged carelessness and recklessness. The passengers were leaving a party when the crash occurred, says the office of the attorney who filed the lawsuit. Most of the plaintiffs’ injuries were to the neck and back, but some suffered head injuries.

In addition, the passengers have brought a claim against an unnamed business that’s thought to have served alcohol to Rolando before the crash. The passengers’ attorneys contend that Rolando was intoxicated. However, the specific business wasn’t named in the suit because attorneys have yet to determine the location where Rolando was allegedly drinking. In addition to Rolando, the suit names the party bus driver, Tomasz Skorniewski. He worked for Gallery Limousine of New York, and is accused of recklessness, carelessness, and of maintaining or repairing the bus in a condition that contributed to the crash, the complaint states.

In addition to the drivers, the complaint names Philadelphia Indemnity, State Farm, and GEICO insurance companies, claiming they failed to pay claims in the accident.

Brian Rolando was born in Wayne, N.J., and lived in West Milford for most of his life, before moving to Fair Lawn. His obituary said that he was a security guard who earned an associate's degree in criminal justice. He was studying biology/pre-med with honors at Montclair State University, with plans of becoming a cardiologist.

The Aftermath of Selling the Business

Indeed, life can be very good after selling one’s business. But – and this is a major “but” – closing of the transaction is just the beginning of a process than can take a handful of years and, in some surprising ways, be just as stressful as the period an entrepreneur spent building the company in the first place.

Selling your business is no easy task, nor is it a quick one. At some point, an agreement is presented and, if accepted, the changes can happen as fast as the pen can sign. Nevertheless, in the aftermath of the sale, any deal can turn acrimonious.

If you and your family are considering the sale of the family business, and maybe considering an actual offer on the table,  some business thinking should enter the mix. This is especially true when it is your exit from the business.

It is in the interests of most sellers to make the price of the business dependent upon its future success. Consequently, there is some money upfront, with a promise for full payment upon full performance. Sometimes, the idea is just to stagger full payments for the sake of financing.

Plans like these can give both buyer and seller the best of both worlds, or it can mean a world of litigation when there is a disagreement or things go wrong. Remember, when planning for the sale of the family business, it really does matter just how you sell the business, and it pays to be aware of the issues in advance. Read the original article for a number of common scenarios.

If you're looking to sell the family business, we can guide you along the way, making sure the sale provides the most benefit to your estate. Give us a call at (978) 342-1914 or visit us at www.dellamonaca.com.