Tax Loopholes May Be Closing for IRAs and Other Retirement Strategies

The government has a knack for catching on to the most popular loopholes. There are plenty of tips and tricks to maximizing your retirement benefits, and more than a few are considered “loopholes” that taxpayers have been able to use to circumvent the letter of the law in order to pay less to the government. But as often happens when too many people make use of such shortcuts, the government may move to close three retirement loopholes that have become increasingly popular as financial advisers have learned how to exploit kinks in the law. 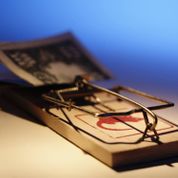 Unintended loopholes, due to changes in law, are discussed in a recent Reuters article titled "3 Retirement Loopholes That Are Likely to Close." These include:

Back Door Roth IRA Conversions. Congress created this loophole by lifting income restrictions from conversions from a traditional IRA to a Roth IRA, but not placing such restrictions from the contributions to the accounts. As a result, those whose incomes are too high to put after-tax money directly into a Roth IRA so it can grow tax-free, instead are able to fund a traditional IRA with a nondeductible contribution, then convert it to a Roth.Taxes are usually expected in a Roth conversion, but this workaround doesn’t cause much liability, the article explains, provided the contributor doesn’t have other money in an IRA.

President Obama’s 2016 budget proposed that future Roth conversions be limited to pretax money only, which would close the loophole for most back door Roth IRAs.

The Stretch IRA. People who inherit an IRA can chose to take distributions over their lifetimes, and wealthy families converting IRAs to Roths also can potentially provide tax-free income to their heirs for decades because Roth withdrawals are generally not taxed. This loophole irks some lawmakers, who believe that retirement funds should be for retirement, rather than an ongoing generational inheritance.

Most of the recent tax-related bills introduced in Congress contain a provision to kill the stretch IRA and replace it with a law requiring beneficiaries other than spouses to withdraw the money within five years. Anyone thinking about a Roth conversion for the benefit of  heirs should speak with an experienced estate planning attorney and decided if this strategy makes sense if those heirs have to withdraw the money within five years, the article advises.

Social Security and “Aggressive” Tactics. President Obama’s budget also proposes getting rid of “aggressive” Social Security claiming strategies. These tactics can let upper-income beneficiaries maneuver the timing of the collection of Social Security benefits in order to maximize their delayed retirement credits. The president didn’t say which strategies he is eyeing, but the article cites experts who believe he may be alluding to the “file and suspend” and “claim now, claim more later” techniques.

“Claim Now, Claim More Later” Married people can now claim a benefit based on their own work record or a spousal benefit of up to 50 percent of their partner’s benefit—dual-earner couples may be able to do both! Those individuals who choose a spousal benefit at full retirement age (age 66) are now able to switch to their own benefit when that maxes out at age 70. This is the “claim now, claim more later” technique. It can up a couple’s lifetime Social Security payout by tens of thousands of dollars, according to the article.

“File and Suspend” This trick is used typically when one member of a couple has to file for retirement benefits for the other partner to get a spousal benefit. A person who reaches full retirement age also has the option of applying for Social Security—then immediately suspending that application so the benefit continues to grow—with their spouse still claiming a spousal benefit.

Reference: Reuters (June 30, 2015) "3 Retirement Loopholes That Are Likely to Close"

Talk to your estate planning attorney about retirement options and strategies as we move into 2016. Give us a call at (978) 342-1914 or visit us at www.dellamonaca.com.