What's the No. 1 Moving Destination? 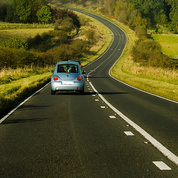 People are flocking to Oregon, says CNN Money's article, "Oregon is the most popular state to move to."

Oregon leads the list as the top "moving to" destination in 2015 for the third year in a row. This is according to a study of 123,000 moves conducted by United Van Lines. Nearly 70 percent of the interstate moves in Oregon were people moving to the state, and the number of people moving to Oregon has increased by 10 percent in the past six years.

The research also showed that five of the 10 states with the highest number of inbound movers are west of the Mississippi River, with the tech boom playing a large part in attracting new residents to the West Coast. However, that's just part of it.

With all the people relocating to Oregon, finding a home in the state's largest city has become a more expensive proposition: Home prices in Portland increased by nearly 11 percent in October 2015 from the same time in 2014!

In addition to the Pacific Northwest, the South was also a popular moving destination in 2014, and the state of South Carolina ranked second.

With more and more Baby Boomers getting ready to retire, the number of people getting out of the country's colder climates and into places with warmer weather is increasing. In fact, some states in the Northeast are having a hard time retaining their residents, with New Jersey experiencing the highest number of moves out of the state last year, followed by New York state.

These are the top 10 inbound states for 2015, according to United Van Lines (Moving to…):

Reference: CNN Money (January 4, 2016) "Oregon is the most popular state to move to"

If you are making a move, perhaps to a new retirement destination, let your estate planning attorney know. Changes to your estate documents may be necessary to comply with your destination state's laws. Give us a call at (978) 342-1914 or visit us at www.dellamonaca.com.