Your legacy differs from your estate, in that it represents more than the things you own—it embodies your purpose. At the end of your life, your legacy will be the imprint you leave on this earth and the meaning your life leaves behind. 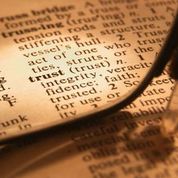 Forbes’ recent article, "Why You Should Consider Using a 'Purpose' Trust for Your Legacy Plan," suggests using a “purpose” trust to protect, preserve, and continue to celebrate your legacy.

Many states–such as Delaware, South Dakota, Nevada, and Wyoming–now allow “perpetual” trusts. These trusts can last forever or for an extraordinarily long period of time, like 1,000 years.

With a “purpose” trust, there are no beneficiaries, so the trustees don’t owe a fiduciary duty and don’t need to worry about lawsuits. With a purpose trust, you appoint someone (also known as a “protector” or “enforcer”) who will ensure that the purpose of the trust is being fulfilled. The trustees are free to focus on carrying out your legacy plan as you wanted.

Reference: Forbes (May 14, 2018) "Why You Should Consider Using A 'Purpose' Trust For Your Legacy Plan"

A Few Words on Perpetual Trusts

Most people struggle to plan their financial futures beyond the next decade, while those with money and foresight are likely to think well in advance about what they want to leave their children, grandchildren, and even great-grandchildren. But what about planning for eternity? It seems too long to contemplate. Yet in the last several decades, states have begun competing with one another for the business of perpetual trusts, which are designed to last forever, or at least 1,000 years in the case of Wyoming. And people have been putting their millions and billions into them, eschewing traditional trusts, which typically end after 100 years.

Perpetual trusts allow trust creators to maintain some control after they pass, and help protect fortunes from taxes and creditors. However, people who set up these perpetual trusts in states where they’re legal could have some headaches as lawsuits brought in a state where the trusts are prohibited could mean the out-of-state assets could be counted in any settlement.

This was the topic of a recent New York Times article, titled “The Ins and Outs of Trusts That Last Forever.” In other words, all of these very expensive, carefully worded, and very sophisticated documents might fail to work as designed.

Perpetual trusts have been around a long time and were originally used for charitable purposes. Until recently, these trusts were subject to a limit on duration based on the lifespan of all the people alive when it was created plus 21 years, so about 100 years or so. But this has changed. The first state to allow perpetual trusts (without a time limit) to preserve family wealth was South Dakota in 1983. Now there are several states that allow this practice.

In addition to creating a legacy to last forever, perpetual trusts don’t have to make distributions. "In never requiring a trust to be distributed to a beneficiary, the assets are protected for future generations,” according to the original article. If these trusts are set up correctly, they can grow without taxes as they are handed down to the next generation.

Critics of perpetual trusts argue against them on moral grounds. They say tying up money for generations is bad public policy and could create a virtual aristocracy. They argue that legal challenges to these trusts could come from two sources: 1) creditors in a state where the trusts are not permitted who are trying to maximize their settlements and see the trusts as sources of money; and 2) descendants who want to break the trust and get at their money now without strings attached.

Reference: The New York Times (December 5, 2014) “The Ins and Outs of Trusts That Last Forever”