Who Gets Robin Williams' Bikes?

In all areas of life, people fight over seemingly petty things. In legal matters, people who are already at odds over something important will often fight more over something small. That might be the case in the fight over Robin Williams' estate. 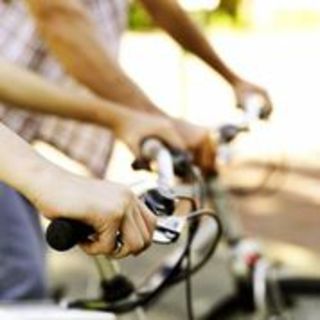 Every divorce lawyer has a story or two about a couple that fought bitterly over who would get some inconsequential items, such as a small collection of Elvis decanters or a 10-year-old lawnmower. The real fight, of course, is not about those items.

The stuff being fought over serves as a proxy because the parties are angry with each other and want to fight over something. The same thing happens in estate law when heirs do not get along and resent each other. The heirs will fight over those very same Elvis decanters.

However, in estate law these battles do not make it to court as often as they do in divorce law because divorcing couples are already in court. Most of the time heirs feuding over junk find it cost prohibitive to hire attorneys. Robin Williams' estate might be an exception.

His personal property might be valuable to collectors. So even though the real reason his heirs are fighting is probably not out of any great desire to have his bicycle collection or books, those items are issues in his estate. Issues that the court might have to settle were recently the subject of an ABC7 report titled "Robin Williams’ Bikes Are An Issue In Estate Battle."

What does this means for estate planning purposes? If you suspect your heirs might have lingering disputes with each other, then it is a good idea to spell out who gets what property as specifically as possible. While you think there is nothing worth fighting over, any heirs with a bone to pick, may pick a fight over your “stuff” after you are gone.

Contact an estate planning attorney to help you avoid (and prevent) petty feuds over your estate. Give us a call at (978) 342-1914 or visit us at www.dellamonaca.com.

New rules on inheritance laws have come into effect in the European Union, which basically allows people to choose which laws they want to apply to their wills. This might have an impact on Americans who own property in Europe. 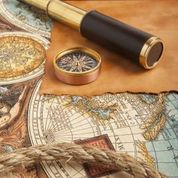 Previously in the European Union, if a person wrote a will in one country and passed away in that country, then the law where the will was written would govern the distribution of property. New rules, now in effect, allow a person to choose in their wills to have the law of their country of nationality apply to their will.

Thus, for example, if a German is living in Italy, he or she can write a will to be used in Italy but that applies German law. This is not limited to nations in Europe. An American living in Europe could chose to apply US law. The Connexion reported on this new rule in "New EU inheritance rules now in force."

This change could also impact Americans in another way.

Previously, if a US resident had property in a European Union country, then that property was dealt with under the laws of the European country. Now, it might be possible for the property to be handled under the laws of the person's state of residence. However, as with all rules and regulations, it remains to be seen how courts interpret and use this new rule.

Contact your estate planning attorney if you may be impacted by these developments. You can give us a call at (978) 342-1914 or visit us at www.dellamonaca.com.