Lottery Scams Are on the Rise 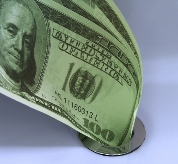 At first, you might think your prayers have been answered.

A recent woodtv.com article, "88-year-old nearly scammed by fake lottery, warns others," tells the story of an elderly couple who love their home. Unfortunately, they are running out of money and may need to move. That’s why it was such a godsend when a letter came in the mail telling Betty that she’d won $4.5 million in a Madrid-based lottery.

The letter from Portugal arrived weeks after she’d mailed a different ball-related game of chance, a Pick Quick card that had come in a Publishers Clearing House mailing. She thought the letter was notification that her Pick Quick card was a winner.

But this was different. The letter from “The Mega Lottery Picker 2017” explained that she’d have to give 5 percent of her winnings to a “promotions company” and they offered to wire the money to her bank account. How convenient, Betty thought.

Fortunately, before calling the lottery company with her banking information, she first called an attorney who she was already scheduled to meet the next day to talk about the couple’s finances. Betty thought there was no need to meet because she was now rich. But the paralegal she spoke with at the law firm was suspicious and asked Betty not to call the “lottery.”

After investigating, the law firm saw that it was a scam, much to Betty’s disbelief.

This scam isn’t uncommon. For example, the federal government is now prosecuting several Jamaicans in a telemarketing lottery scheme that allegedly bilked around 100 Americans out of more than $5.7 million. Many of the victims were elderly. There’s no evidence the letter Betty received is linked to the Jamaican scam.

The Federal Trade Commission offers the following tips to recognize a scam and to avoid being scammed.

Most scammers are not very creative or original. They do not need to be, because ordinary, run-of-the-mill scams that have worked for decades continue to work. The best way to make sure that you are not a victim is to know about the scams ahead of time. One of the most common scams involves receiving an unexpected inheritance. 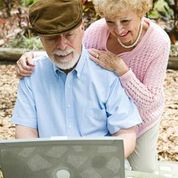 Everyone who had an email account in the '90s knows about the Nigerian Prince scam, as they probably received dozens, if not hundreds, of variations of the scam in their inboxes.

The basic idea behind the scam was that an extremely wealthy person in Nigeria had his accounts frozen or could not transfer money out of the country without help. The scammer either requested that money be sent or that bank account numbers be sent to facilitate the transfer of the scammer's assets for which the person would be rewarded handsomely later.

That this was a scam seems obvious, as why would some wealthy African need the assistance of random Americans? However, everyone knows about the scam because it worked. The scammer just needs one person out of millions to take the bait. That is true with most common scams. Only one person needs to take the bait to make attempting to scam thousands worth the scammer's time.

Another old scam is still making the rounds, according to the Wichita Eagle in "A long-lost relative left you money? Beware of inheritance scams."

The best way to protect against this scam is to know it exists, and if you receive anything that looks like it, to check with other relatives before sending any money to claim the inheritance.

Still not convinced that the scam is a phony? Contact an estate planning attorney to check it out for you. Give us a call at (978) 342-1914 or visit us at www.dellamonaca.com.

Happy Labor Day! We'll be back in the office Tuesday, September 8.

The voice on the other end of the phone line sounds sweet and concerned. There has been some trouble, so he or she wanted to reach out to your beloved grandparents. Junior, who has been traveling, needs some cash fast. Maybe there was a police incident or fender bender. What a good pal! And a friend indeed, because the caller knows things like what sports teams your grandkid roots for, where he goes to school and what bands he listens to. Grandma and Grandpa are happy to send some money via a wire transfer, a bank routing number ,or a prepaid money card. And of course, they'll keep it a secret from Mom and Dad, who would just overreact. Once the cash is handed over, the truth comes out: The whole thing was a con. 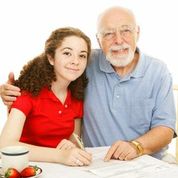 A recent article from the Detroit Free Press tells us that in many instances, the victims don't see their money again, particular when it’s a wire transfer. The article, titled "Loving grandparents target of latest 'send money' scheme," says that some Michigan grandparents were out $33,000 after being told their grandson was caught fishing without a license in Canada and had drugs and alcohol on his boat. This happens quite often, and many grandparents might be too embarrassed or scared to report it to relatives or police.

The National Council on Aging says that this Grandparent Scam is one of the top 10 cons targeting seniors. The FBI cautions grandparents to resist the urge to act quickly. Make sure you confirm the caller's story, as well as the grandchild's travel schedule.

The article explains that real selling point in this scam is the personal information fraudsters retrieve from Internet and social media that convince seniors that the caller knows their grandchild. Combine this with the fact that grandparents love their grandchildren and are eager to help them out.

The scam is kicking into high gear now that we’re in the summer travel season. The article warns that the scam can also come in various forms: like the caller posing as the grandchild, as a police officer, or as a lawyer. The call often comes late at night, waking grandparents and catching them off-guard. In other instances, scammers reach out via email.

Grandchildren can do their part by educating grandparents about social media and all of seemingly "private" info anyone can find out about you; telling your grandparents about your travel schedule; and making an emergency contact plan (like who you would call first if something happened while you were away or choose a code word to use to prove that the caller is really your friend). And grandparents should remember the following:

Be suspicious if the caller doesn't use your grandchild's name, instead saying, for example, "I'm Nancy, your granddaughter’s friend." They likely are waiting for you to fill the blanks with a reply, like "You mean Lisa?”

Test the caller by asking a question only your grandchild would know.