What is Some Good Advice on Charitable Giving in 2019?

“Were Americans as generous with their charitable giving in 2018? A record $410 billion dollars was given by individuals in 2017, according to Giving USA. Two factors may reduce giving: the recent income tax cuts and a rough-and-tumble December for investors.”

Research shows that about a third of the year’s online giving is done in December. That looks like some last minute gifts. But what if you took the time to define your charitable mission and prepared in choosing your charities?

The Reno Gazette Journal’s article, “Get an early jump on charitable giving” looks at tax planning opportunities for charitable giving, specifically in light of the Tax Cuts and Jobs Act and Qualified Charitable Distributions (QCD). Here’s a review of why people give. The primary reasons for donating include the following:

The true effect of the new tax laws won’t be known, until after the country’s tax returns are filed in April. Some–such as Giving USA–think that charitable giving will decrease, but others contend that high-income taxpayers will be motivated to donate more.

QCDs are direct transfers from IRAs to eligible charities. For this to happen, the IRA accountholder must be 70½ or older. The benefits of the QCD include:

Note that QCDs can come only from IRAs and not from employer-sponsored plans (SEP, SIMPLE and 401(k)). However, you might be able to roll those employer plans to IRAs to be eligible for QCDs.

If you qualify for itemized deductions, the QCD is still better for you because it reduces your AGI, which is more favorable than a charitable deduction which reduces taxable income.

You should also remember that donor-advised funds and private family foundations are excluded.

An important area for review at this time of year, associated with tax savings, is retirement planning. If one is a farm or ranch owner, regardless of the form of ownership, the operation (or owner) may be considered a business and is eligible to establish a retirement plan. 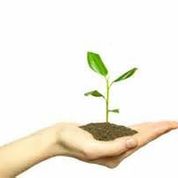 Two options are discussed here: SEPs and IRAs. Contributions to these plans will provide tax savings for the taxpayer every year they’re made and both have flexibility—annual contributions aren’t required. A recent article in The (Great Falls MT) Prairie Star, titled "Review estate, tax and retirement planning issues now,” argues that a farm or ranch operation should include retirement savings for the owner and/or employees as a part of annual budgeting. These retirement funds provide tax savings now and may provide liquidity and income when the decisions for retirement and/or farm transition take place.

Small businesses, including self-employed taxpayers, have two choices after the end of the year to establish and contribute to a retirement plan. These two choices are the Simplified Employee Pension (SEP) plan and the individual retirement arrangement (IRA). A taxpayer has until the due date of the business federal tax return (including extensions) to set up and fund a SEP, but IRAs can’t be funded after the due date of the taxpayer’s personal federal income tax return.

Although the required minimum distribution (RMD) rules apply to both SEPs and IRAs after taxpayers reach age 70½, the SEP permits contributions to continue as long as the taxpayer has income. As far as the traditional IRA, contributions can’t be made after age 70½, regardless of income.

Each of these offers both advantages and disadvantages to a taxpayer, and there are conditions and regulations that apply, so it’s very important to work with an experienced estate planning attorney.Give us a call at (978) 342-1914 or visit us at www.dellamonaca.com.