If you're a would-be snowbird, it pays to do some financial planning before you take flight. 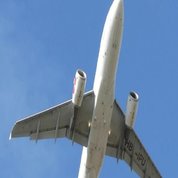 Earlier in life, most folks say their responsibilities of family and work dictate where they live. But by age 61, most people believe they’re free to decide where they most want to live. That’s according to a 2014 study from Merrill Lynch.

CNBC’s recent article, "A financial flight plan for snowbirds," says that it's not surprising to see retirees move, at least part time, to their dream destination. More than a third of retirees surveyed told Merrill Lynch that they’d already moved, and another 27 percent anticipated moving soon. But before you begin splitting time between two or more states, think about which state you want to be your primary place of residence or domicile because you can have multiple residences—but only one domicile.

You should consider the advantages of choosing one state instead of another, like the fact that there are several warm-weather states that don’t have a state income tax. Others have tax breaks on retirement income and on real estate taxes for older residents. Estate taxes can also be more favorable in some states than in others.

Once you’ve decided, be prepared to show the government that the state you picked is truly your domicile state. Some states have investigated people who say they’re now residents in other states and who say they don’t owe any taxes.

Each state has its own requirements to prove residency. For example, some basics are heading to the local DMV and changing your driver's license, as well as changing your mailing address and tax return address. A big mistake people make is having their income tax return sent to the wrong state. That can be a bad move, since the federal government and state governments share this type of data.

You should also speak with an experienced estate planning attorney in your new domicile state to be certain that all your financial and estate-planning documents, like your will, powers of attorney, and healthcare or medical directives still are legal under the laws of your new state.

In addition, you’ll have to change your auto insurance policies to be adequately covered in both states.

Making the move and becoming a snowbird can be a big change. Experts suggest you give it a test run first. Some folks find that they miss their families and friends too much to spend the majority of their time in that once-dream locale. Don't buy a new home in a different state right away. Try renting for a few months to see how you really adjust.

New York’s governor, Andrew M. Cuomo, took a step toward bringing the state’s estate tax in line with the federal one. And he is not alone among governors of cold-weather states (along with the District of Columbia) that have realized affluent residents are moving to states without estate taxes (and in some cases, income taxes) and in doing so, depriving their old state of the other taxes they paid, like property, sales and income tax.

With the federal estate tax exemption climbing to more generous levels, many states are considering a change in their own estate taxes. Why? Because taxpayers who are in the clear when it comes to federal death taxes may still be hit with state death taxes.

Will the states follow suit and drop draconian estate laws?

A recent article in The New York Times, titled “Some States Are Moving to Loosen Their Estate Taxes,” suggests there may be hope.

Unfortunately, the spaces between the federal tax and the state-level taxes can be sometimes tricky to navigate. Trickier still can be the space between two states. After all, “living” across state lines is not at all out of the ordinary, but having to think about entirely different tax schemes (sales tax aside) is generally less so. Moreover, as the original article elaborates, the states find themselves at odds and fighting jurisdictional battles.

Note: An important pattern may be developing, as more states loosen the rules and either eliminate the death taxes or make them as forgiving as the federal rate. New York and DC have recently begun reassessing their taxes, with many more either open to debate or actually winding them down.

Reference: The New York Times (January 24, 2014) “Some States Are Moving to Loosen Their Estate Taxes”

South Dakota was a pioneer in “dynasty trusts,” which allow families to escape estate taxes forever. The state offers iron-clad secrecy for trusts and protection of assets from creditors and former spouses.

When it comes to "dynasty trusts," some states have more favorable trust laws than others. Believe it or not, sleepy South Dakota is right up there amongst the best dynasty trust jurisdictions. Did you know that trusts, like businesses, can be set up across state lines with a bit of structuring?

South Dakota has been slowly and quietly building itself up as a trust haven over the years. Those efforts have not gone unnoticed. To learn more about this success story, turn to a recent article in Businessweek titled “South Dakota, Little Tax Haven on the Prairie.”

Not all trusts operate by the same laws, because each state has its very own set of trust laws, for a variety of reasons. The South Dakota trust laws are special. Unlike the majority of states, South Dakota does not impose a limit to the duration of a trust. Most state trust laws limit the lifetime of a trust to the lifetime of a living heir, plus a period of 21 years. Translation: Under the trust laws of most states, a well-formed and well-funded trust can allow one generation to help the one immediately below and also leave a bit extra for the second generation (grandparent to parent to grandchild) escaping estate taxation on that amount of those two transfers.

Take away the duration limit, and you are not just talking about two transfers, but an intergenerational wealth transfer boon to the family. Instead, you are talking about a true dynastic transfer of wealth, potentially escaping the estate tax at every successive transfer. That is the power a “dynasty trust” provides.

In the end, it may be well worth your time to learn more about the dynasty trust and, perhaps, about South Dakota as a place for settling your family trust (there are a few more advantages to the state).

Before you leap onto a dynasty trust bandwagon, however, carefully consider what you need your trust to accomplish and then investigate whether a state outside your own may be required. States differ, trusts can do different things, and your family is unique. Plan accordingly.