Be Mindful of the Statute of Limitations

Every civil action in the United States is subject to a statute of limitations. That is a time period within which a lawsuit must be filed after the complained of activity took place. Failure to file within that time period may have cost one estate millions of dollars. 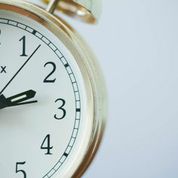 Wealthy copper heiress Huguette Clark was likely a troubled woman. For 20 years before her 2011 death at the age of 104, she had lived in a private room at Beth Israel Medical Center in New York. However, it appears that there may have been no medical reason for her to have been confined to that room.

Her executor filed a lawsuit against the medical center, alleging that it had unnecessarily bilked Clark out of millions of dollars due to the confinement and through smarmy friendships. In total, the estate was seeking $95 million from the hospital.

According to The New York Post‘s article, "Hospital doesn't owe Huguette Clark's estate due to loophole," the case has been thrown out because it was not brought within the statute of limitations. It is important to note that this is not a decision on the merits of the case.

Even if the case had not been dismissed because of the statute of limitations, Clark's estate still would have had to prove its case against the hospital. The statute operates to block the estate from getting to argue the case on its merits.

The lesson here is that anytime you think that you have a potential legal action against someone else, you need to speak with an attorney as soon as possible. This is especially true for people administering an estate, because they can potentially be held personally liable for mistakes made in the administration.

Posted by Fitchburg MA estate planning on 09/04/2015 at 06:00 AM in Estate Administration, Estate Litigation, Executor, Statute of Limitations | Permalink | Comments (0)